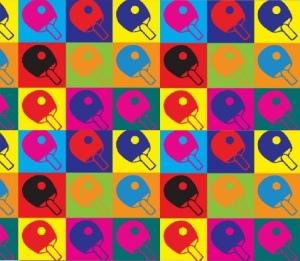 Coaching kids
One of the most important aspects of coaching young players is psychology. Sports psychology has come a long way in the 30 years I’ve been training, I have attended a number of courses over the years on this subject and I do as much reading on it as I can. There are some great articles on the internet these days and it has made the subject so much more accessible. However I am not a psychologist and the vast majority of my thoughts on the matter come from practical experience. One of my basic conclusions is that children are not small adults. This might be an obvious statement but when I am reading about psychology I think it is an important fact that sometimes get ignored.

A child’s mind is under development and some concepts they appear unable to grasp. I wonder if this is nature or nurture. Where do children get their thought process from? I think a basic foundation for this comes from nature, we are animals as such and we have basic instincts but the influence of their environment is extremely important and this is obviously affected by both parental and cultural experiences.

All these aspects I feel can come down to a desire in a child to seek attention. As parents we often think attention seeking can be a negative concept especially if it leads to negative attention but just as a bird in the nest demands to be fed or a puppy will fight with its siblings to be suckled a child will demand attention in order to be validated and this is natural. I think we now live in a society which has far greater awareness of the use of praise and reward in our children, I think we possibly have gone too far the other way, these days when we celebrate even the smallest of achievements with medals and treats but I would concede it is preferable to have the balance more towards the positive encouragement than the negative we of a certain age have witnessed.

Praise and reward certainly develop external motivation factors within children but I think of it in the same way as a dog does tricks for treats. But we are not animals in that sense and we have to develop our own minds and if we want our children to develop as well rounded people and achieve success in their activities then we have to encourage internal motivation. “Do it for daddy” works with toddlers and very young children but as parents and as a coach I feel that I have a responsibility to ease a child towards “do it for yourself,” and in order to achieve this we have to find internal motivational factors. We have to be very careful of the “guilt” factor, this is when a coach or a parent withdraws their attention from a child when they don’t engage, this is still providing for an external motivational factor and will provide a “stress” factor which will have a negative as the child grows older and “guilt” becomes begrudging and then onto rebellion.

An awareness of oneself in regards to the outside world is an aspect of growing up and I think it important to encourage a child to develop an understanding of themselves and their abilities. I would initially start with the concept that a player in training can sometimes achieve 100% of their ability probably for a short period of time. I would point out to a player that there is always a possibility of improving on what they are currently able to achieve and this is our target in training, but acknowledging that they will need to train at this level consistently in order to achieve it. The 100% ability is subjective and needs to be realistically and continually reassessed and agreed by player and coach; this also helps towards motivation as improvement is one of the main building blocks of motivation.

The next stage would be to produce this standard within a competitive environment which due to factors of stress, nerves and the unpredictable nature of your opponent is harder. Setting a goal of trying to produce at least 80% of their current ability is setting a realistic goal. We cannot predict how well the opponent is going to play or how good your opponent is. So having the goal of winning as opposed to loosing makes the child believe that if they win they played well and if they lose badly.

We know that is not always the case, sometimes the child will have to play an opponent who is simply at a higher level; they may play at 90% of their ability and still lose. If winning is the goal then they could well be disappointed with their performance even though they played at a high level of their ability. If winning and losing are the only factors to success and failure then only players who win will be motivated to be better and even if a player plays better than they have ever done before if they lose they will feel they have failed. I think we can all agree that failure is not a good motivating factor for improvement.

So in practical terms as parents we should ask how well did you play? Not, did you win? The response should be in terms of how well they played not they beat such and such and lost to whomever. Once this is established they can then say where they finished, how well they played is a far more important aspect for the development of their psychological well being than what position they finished and their psychological well being should be a far higher priority to parents and coaches alike that the shiny trophy on the shelf.

A child is also likely to notice that they ability to play at their best fluctuates not only between matches but even between sets and even points. The acknowledgement of this can lead to an understanding of the factors surrounding performance and the understanding that playing well is often about the ability to control your thinking rather than always about having the technical ability to play the shots. Technique is obviously fundamental but discovering the factors that enable you to perform your technique to the best of your ability is a journey of discovering your mind as much as your body. I think as coaches we rely far too much on this aspect of the sport being developed naturally, if this is the case then we are concluding that the mind cannot be influenced and that a player either has or has not the ability to play well and I would strongly suggest that there is evidence enough that would prove the mind can be trained and positively influenced to improve performance.

I have seen an alternative viewpoint on this matter and that is the coach who takes it upon themselves to become the motivating factor for the child. I think this is a serious mistake when applied to children. This manifests itself in many ways, one way would be the concept that the coach is the one who taught the skill and they try to keep ownership of it. Symptoms of this include “I have given you a better forehand,” or “no one else can show you this,” in match play they try to take responsibility for winning and losing, “if you do as I tell you and you lose, it is my fault,” is just another way of saying if you win I get the credit.

This is enforcing a pattern of thought that a player does not take ownership or responsibility for their own achievements or failures, for whether they play well or badly. These coaches have to talk to their players between matches every time and if a player doesn’t do so and loses they will say it was the player’s mistake. This I am sure works for the very young players and without doubt these players do benefit from having a guiding hand but when that hand becomes controlling it leaves no space for mental growth, confidence building or development of independence.

Players need to be helped towards thinking for themselves, not only will they become better players but more confident and well balanced outside of the arena of sport. Transferring the natural desire for attention and to please onto the coach will have severe consequences as the child moves towards adolescents and the rebellion will be aimed at the coach. I believe external motivation is a short term solution, sometimes it can be an easy option, but as coaches we need to encourage our players to think for them-selves and to become self motivated unless the coach is in a position to continue coaching the player as an adult and the adolescent doesn’t reject this method of coaching long before becoming an adult.