As some of you might have noticed I am not doing my Coach’s Blog this year, it was hard enough to remember to keep it going last year but it was a good experiment for me and I have found it interesting to look back on a whole year of coaching. So I have left it on the site and you can find it in the menu if the mood takes you!

I generally only get round to posting the big news events like tournaments and things but there are loads of things happening within the clubs and schools on a weekly basis and I thought I’d give you a bit of a round up and a state of play at the moment after a couple of months of the new season.

This weekly session for my Special Olympics athletes has settled into a comfortable routine. The athletes like a regular format and I try to occasionally add something new to help develop technique. We always start with a game of “Superstar,” our service into a box game. I think there would be massive disappointment if I didn’t do this game it gets everyone together and it does help develop service and some players only want to do this section and when we finish they decide they have had enough. Numbers have been irregular with bouts of illness and Michael one of our most enthusiastic athletes has been quite ill recently and we miss him and his cheerful input. A big Chelsea FC fan and his first question is whether I saw the match last night! The majority of players are women taking part which is unusual in my other clubs where there are not so many. We finish off with matches usually and the standard is very equal so they are very competitive but always good-natured.

The after school session on Tuesdays has really taken off this season, we have a good group of 1st years possibly encouraged by our regulars Erik and Jasmine starting this year but I am delighted that a number of students who used to play have decided to return and Aoife, Patrick, Oisin and Stephen who all used to play at National School have joined our after school club. Alex & Liam have been joined by the return of Oisin Barrett, who has moved back from Belgium and I can see major improvement in all these players. Mair has homework club this term so we don’t see so much of her but James helps out with coaching and I am hoping we may even have 3 teams for the Munster Schools League this season.

This is Abbeystrewry’s first full season after starting halfway through the last one. I have managed to upgrade the tables which were in very poor condition and we now have 5 serviceable boards. The hall is run by the local church and Revered John appears to be very enthusiastic and the number of children just keeps growing. Last week I wasn’t able to make training as there was some pretty bad local flooding so John had to run the session for me. It appears that my coaching is even more appreciated as it takes quite a bit of experience to keep 20+ students on 5 tables in some kind of order and a couple of parents even thanked me for the session as last week was “a disaster.” Strangely I don’t find it much of a problem and I think in comparison to some other groups they are relatively easy. We have a great number of girls playing probably more than half of them and every week another eager face appears at the end of the table for multi ball training, some can only just see over the table! Mair is proving to be a great help and I have given her a group of 5 girls to help bring on, she can’t make every session but a lot of the parents stay around to help supervise and it has a great social family atmosphere unlike any other club I coach in. I was very disappointed that none of the kids made it to the West Cork Ranking last weekend and I’ll just have to keep encouraging. It is noticeable that those who live in the larger towns seem far more reluctant to travel anywhere. There appears to be a growing interest in the adult session at 8pm and I hope we can build on that.

Mike opened the doors a couple of weeks ago to the adult only club in Ballydehob. With 3 good tables things are still a little cramped in the extension of the community hall. It is always very warm in there and fiercely competitive but also friendly. I can only get to call in for the last 30 mins on my way back from Abbeystrewry. I intend to take my multi ball net with me next time and give a little bit of assistance to those who want some. Maybe we will be able to have a match between Ballydehob and Abbeystrewry this season. The trip we had to Tralee and Killarney was great a couple of seasons ago I should talk to Tony about doing something like that again.

Donal took top spot after beating Daniel for the first time this week. The rankings appear to be the main focus of the kids on her club and I always try to run a couple of rounds if I can. We have 1hr 30mins so I give 30mins to it most weeks. The current rankings are:

The kids are all national school players from two different schools, the bottom 3 being U10s. We have 5 tables in use in the hall and I often set up one as a multi ball table while the others play top table of in divisions. Tom Walsh one of U17s often comes in to help out and I give him some individual time as well. The standard is gradually increasing and a good group of these took part in both the Munster Classification and the West Cork Rankings. Unfortunately we have lost a couple recently due to soccer commitments. 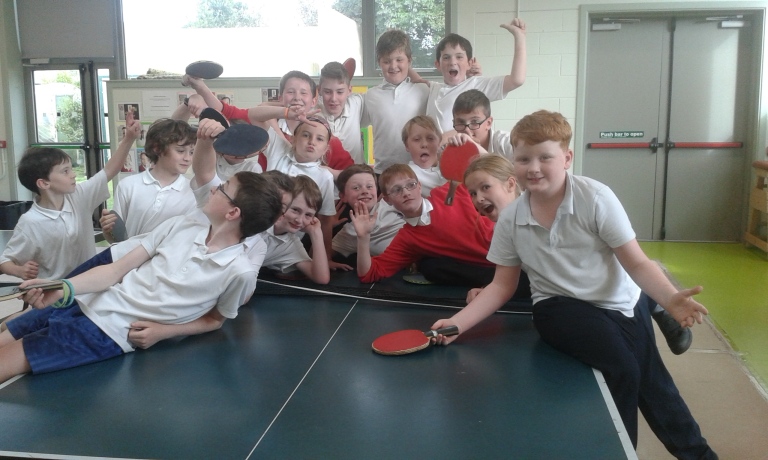 Half of our Bantry TTC players come from the Gael Scoil so they get a couple of sessions a week and some even come out to Goleen on Fridays and get a third session and this has certainly benefitted Donal who tops both the club and school rankings and won the 2nd Division at the West Cork Rankings. I have 4 of my own tables at the school and we have 19 regular players of all ages. Again we only have 3 girls this season which is disappointing but they are keen and I give them a little extra attention. We have had good numbers of girls playing in the past but not so much this season. Guardian, Round the Table and Superstar are the kids favourite as well as rankings and winner stays on. I take a group to multi ball each week unless it is a big ranking day, which the kids love. Most of these are siblings of kids I coached a few are the kids of the kids I coached!

Our current rankings are

Goleen attract players from all over, Liam Hayes one of our Special Olympic Athletes travels over from Skibereen and there is a mini bus from Schull that brings some of the secondary school players.I never know quite how many will turn up but it is a regular training session for the likes of Mair, James, Erik, Niall and a couple of local fast improving youngster Lee and Damien. Tom Walsh, Donal, Seamus and Cathal from Bantry drop in on a regular basis and with 2 hours of training this is the most structured session of the week and we get through a good deal of work.