The Munster Open is one of Ireland’s top showcases for the sport of table tennis. Players from all over the country come together to compete for Irish Ranking points and there are 19 categories of events played over 3 days of competition. This year the event returned to the Neptune Stadium in Cork, one of the few facilities in Munster large enough to cater for such an event. Age groups ranging from U11 to Veteran (40+) and including both singles and doubles events. Over the last couple of years this has also included both Standing and Wheelchair events for Ireland’s premier Paralympic athletes. 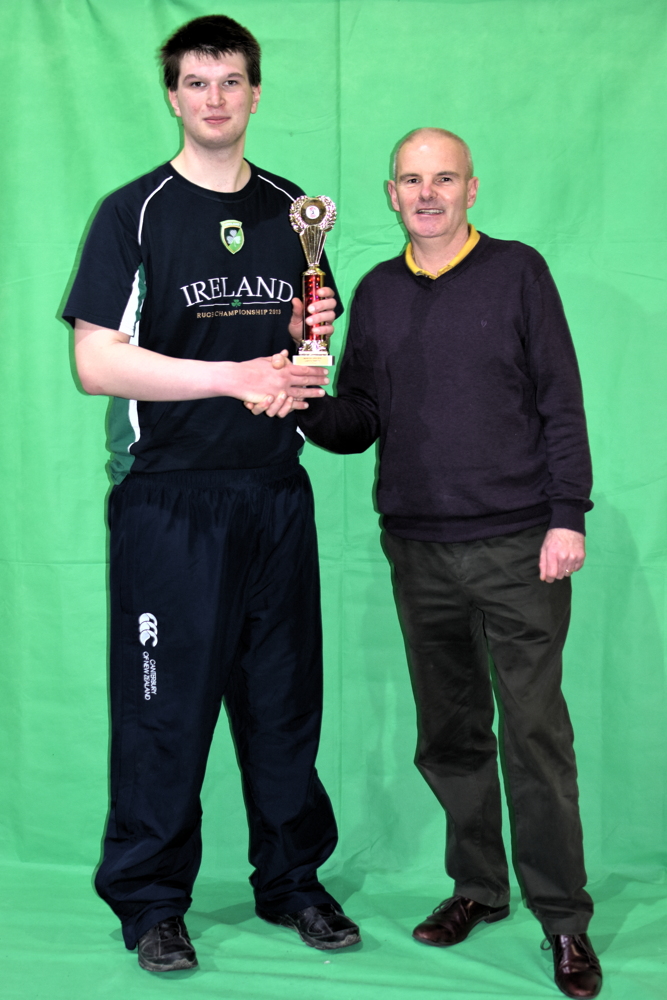 This year saw the inaugural Learning Disability event, one of the first to be integrated at a main stream National event in Ireland. The concept of hosting such an event has been considered for a number of years but with the help of Philip Shaw from the fully integrated club Beech Hill in Cork the event finally took its rightful place at the Munster Open. An Intellectual Classification (T11) was reintroduced to the Paralympics in the London 2012 Games and will go ahead for the upcoming games in Rio.

.
Special Olympics has a long and successful association with table tennis but with a severe cutback in the availability of provincial competition, this new initiative by the mainstream organisation comes at a crucial time for these hard working athletes.

.
This first event saw a total of 14 enter and this is expected to rise over the next few years as awareness grows. The Beech Hill Table Tennis Club, based at The Cope Foundation in Montenotte, provided the vast majority of the players and the groups were seeded on the basis of local knowledge and previous results.

.
Liam Hayes from Skibbereen, West Cork has been the Munster’s leading Special Olympic athlete for 5 years and took the 1st place seeding with Ben-Og Brady-Bates (Beech Hill) from Cork also seeded as one of the favourites. The two of them met in the final after semi final victories from Liam over Matthew Collins (Beech Hill) and Ben-Og over Joseph Heggety (Beech Hill). The two players displayed the highest ability in the final with Ben-Og taking the first set 11-8. Liam fought back in the second, dominating with his service and ran out the eventual winner 3-1.

This was a great victory for Liam and for the sport in general. Table Tennis has a well deserved reputation for providing access to sport for everyone and with the development of access for those of physical and intellectual needs at an event of the highest calibre the reputation of the sport is further enhanced.

.
Engaging in sport has been shown to aid in the self-esteem, social awareness, and empowerment of people with or without disabilities and the sport is leading the way in both the inclusion and integration of all athletes. But the benefits are a two way street having athletes of all ages and abilities assimilating at an event of this nature benefits all who are involved, sharing a common interest and providing for a wider society can only enhance the benefits of everyone’s experience.